Hay! Its a great time!

Roslyn is a town located in the northeastern part of Day County, South Dakota. It is situated 11 miles west of Pickerel Lake and 12miles south of historic Fort Sisseton.

The town traces its history back to 1882, when H.H. Russell took a homestead on the Old Fort road in Section 10 of Raritan township. Soon after, Mr. Russell established his home there. He was appointed postmaster of Roslyn, the name being taken from his native city in Scotland. Mr. Russell passed away on February 17th, 1896.

Roslyn began as OLD ROSLYN, which was a post office and trading point established in 1882 under the first postmaster H.H. Russell. The name Roslyn came from Mr. Russell’s, native city in Scotland. Eventually, after his death, W.P. Huggett became postmaster and consecutively Carrie U. Russell was appointed postmistress. In the fall of 1903, the post office appointment was given to A.U. Granstrom, who shortly before had begun an inland store at OLD ROSLYN, Section 3, in Raritan Township.

The Soo Railroad was built south of Veblen in 1914 which prompted settlers to raise $60,000 to secure the line for OLD ROSLYN. The coming of the railroad led to the selection of a new townsite. The New Roslyn was plotted and surveyed into blocks, lots, streets, alleys and Main Street on August 17, 1914. Lots were sold at public auction on August 20, 1914, and before the end of the year many buildings were moved in and a number of new ones were constructed.

The new townsite brought what would be the first generation immigrants of our families in this area. N.O. Monson was the first to move his family and General Merchandise Store from Lynn Lake in the fall of 1914. He was born near Bergan, Norway in 1877. The postmaster Axel Granstrom came to America as an immigrant in the early 1890’s. They moved their country store and post office in 1914 arriving just a couple days behind Mr. Monson and his General Merchandise Store. When these families moved to the new townsite they were actually moving their buildings with steam engines and horses.

The town hall was built in 1915 and it housed the city jail and engine room until 1977 when the city could not afford to hire certified police. 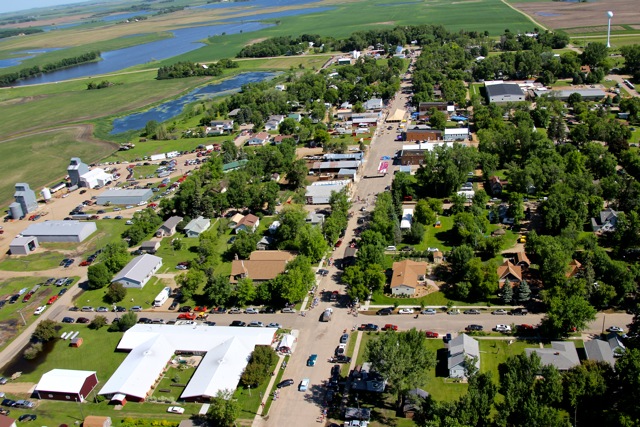 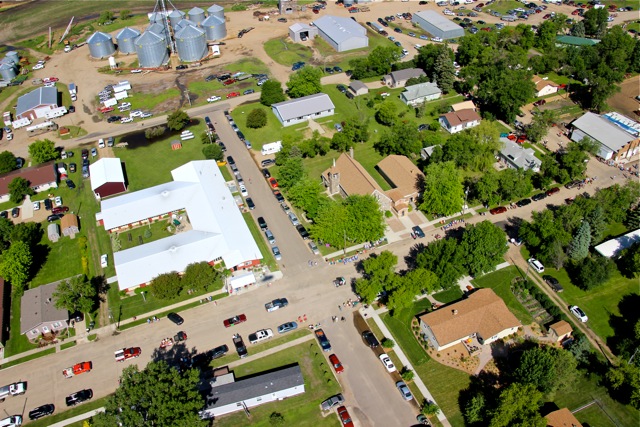